Today both groups started out by going to the school to see the progress that was made yesterday. After seeing the children come out, the one group went to work at Gloria’s house while the other group stayed at the school.

While waiting for the Honduran workers, the group at the school played with the kids. Some attempted to jump rope, while others played Frisbee and volleyball. Once the workers arrived, they marked the outline for a storage room that is going to be added on to a kitchen. Then, we started digging the footers for the room. Others cut wire and made triangles and squares for the rebar columns.

After our lunch break of Pb&Js we got back to work. More work was done digging and making rebars. Dane and Jared met a new friend, named Christian, and they went to his house for popsicles. Sam met Oscar, an 11 year old boy who can’t go to school because he cannot afford a uniform or supplies, and put Abby and Anna on a mission to buy the boy shoes at the local “Walmart” because he could not afford them.

Our final task of the day was to make concrete and fill the footers. It was touching to see how the Hondurans did so much work to improve their conditions. Even the women wanted to help and made us some local food for us. We played throw the ball into the wheelbarrow with the kids before heading back to the compound for the day. 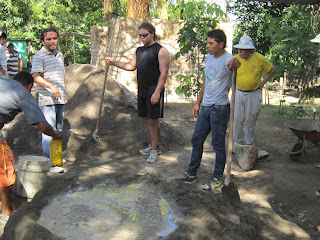 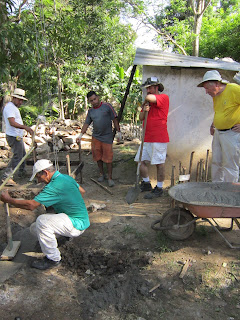 For the team that worked at Gloria’s house, they spent the day laying block and mixing concrete.  See pictures of the block laying’s evolution (compliments of Brad, who encourages readers to click these pictures in order to zoom in on them for maximum detail): 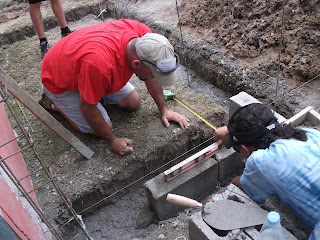 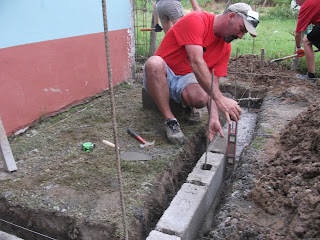 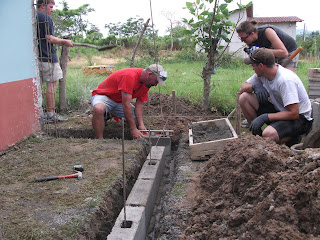 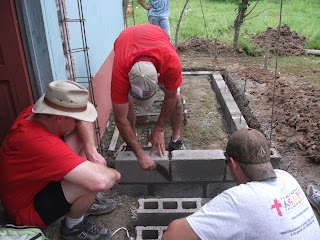 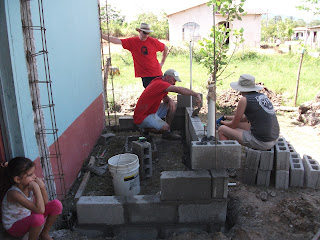 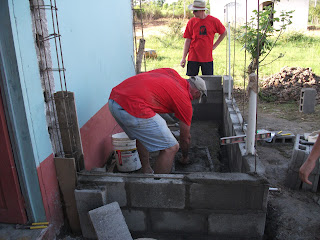 And a picture of Jennifer and Lorie mixing concrete: 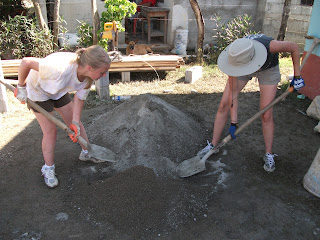 While concrete was being mixed, Brad and Maynor listened to music.  Most notably, GN’R and Sepultura. Alex Stutts gets the red badge of courage for the day… he worked until his hands were reduced to nothing but blisters. Kudos to him.