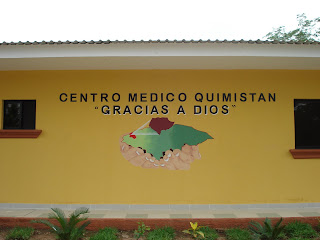 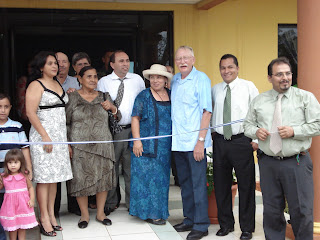 On Saturday, June 20, 2009, the first hospital, Centro Medico Quimistan,” Gracias a Dios”, had its grand opening celebration. A group of local doctors have had a dream to build a local facility for years. Having finally found financial backing, their dream is now a reality. The needs are great as the nearest facility is hours away.

We were invited to attend the celebration which was recorded for the national news. Despite heavy rains, the ceremony began with an introduction of all the doctors, the cutting of the ribbon, a few speeches by the doctors, and a consecration by a Catholic priest who prayed for the future patients and the hospital staff followed by a party complete with musicians and food.

Although, we left early, we heard later from Sister Martha that the festivities lasted until 9 that night. Of course they had a lot to celebrate!