After a quick breakfast, we all loaded into our two vehicles and drove about an hour and a half up a winding mountain road to our first job site, observing the rolling mountains and beautiful scenery as we went. Our destination was Nueva Esperanza – a small village up in the northeastern corner of Honduras, close to the Guatemala border.

Our job was to put a roof on two school buildings, and basically move everything out of the old school building into the new ones (books, chairs, benches, books, etc). The buildings we worked on already had concrete structures and metal roof trusses. All we needed to do was put up the roofs. 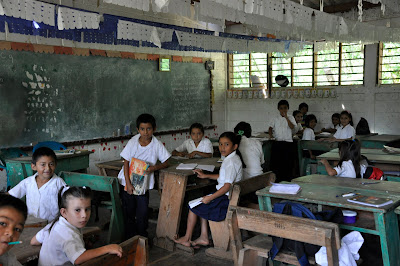 The roofs were to be built using 3X17 pieces of aluminum, all placed and bolted together. The pieces had been stored in one of the school buildings, so we had to carry them all out and lift them up onto the roof. One group lifted them up, and one group placed and bolted them down. The first building was a simple 4-12 (for every 12 inches, it drops 4 inches) A-type roof, 30 feet in length. One side took about an hour and fifteen minutes to complete. The other building was just a smaller version of the first. For the second side we just switched teams. The team that had been on the roof lifted up the aluminum pieces, and the team that had lifted up the aluminum pieces got up on the roof. 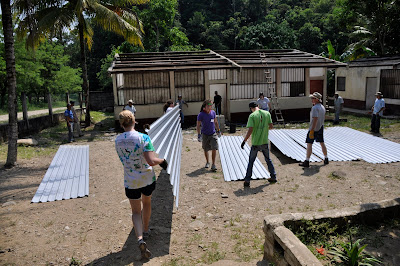 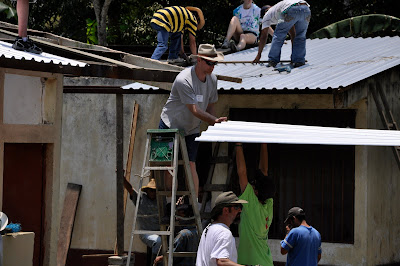 So far heat has been a major issue on this trip. Highs are in the upper 90’s/lower 100’s, and lows are in the mid to upper 70’s. Needless to say, working up on an aluminum roof during the hottest part of the day was an exhausting experience, but, for a group of well trained, hardy, conditioned veterans, a task we met with neither fear nor hesitation. We jumped on it like a spider monkey.

We had finished both roofs by about 3:00pm. After spending some time carrying loads of books and desks into the newer building, we were done work-wise for the day. We drove a bit further into the mountains and took a short hike to a small waterfall, passing a fairly intimidating looking ant hill on the way. We would’ve liked to take a dip but nobody brought swim trunks. Instead, everyone just used the opportunity for a photo shoot.

On the way back down the mountain, we stopped at a lookout and got out to look at the vast stretches of mountains. At the lookout, there was a family that had laid their corn out to dry. At some point, the family started gathering up their corn and placing it in sacks to take back to their homes and grind up to make tortillas out of. The team spent a good deal of time helping the family gather up their corn. Then we finished the trek down the mountain, which due to bumps, constant turns, and sporadic speed increases, led to some cases of nausea and car sickness. 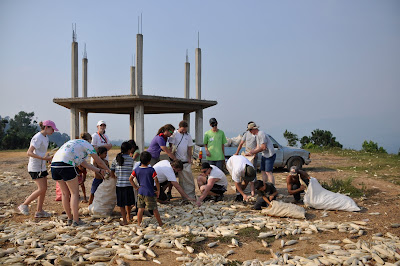 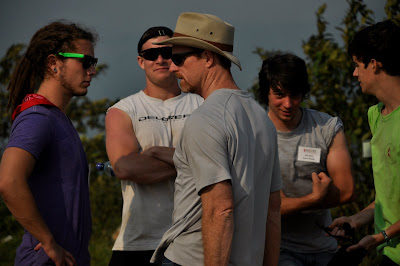 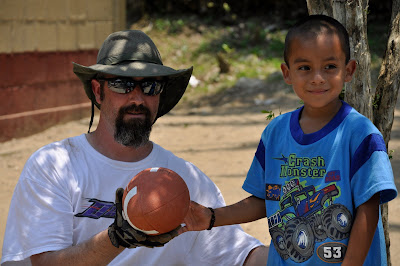 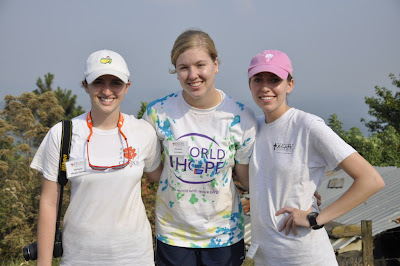 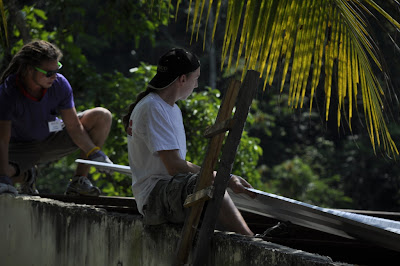 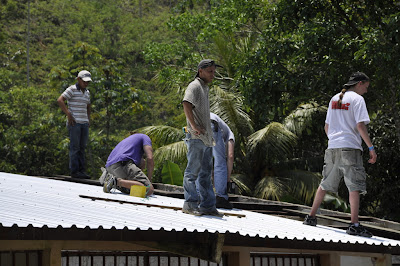 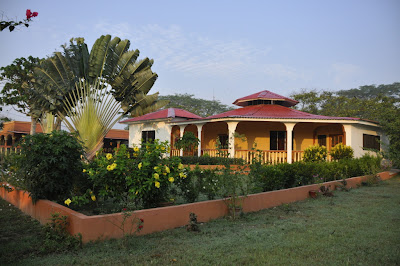 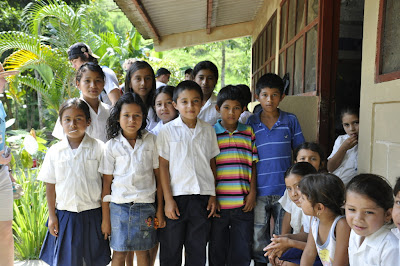 That’s pretty much our first working day in a nutshell.
Thanks for reading, folks.
Brad & Jarred

For more pictures, go to:
http://s604.photobucket.com/albums/tt125/TakingUpArmsjc1/Honduras/