Hola Blog Readers!!
Day Four in Honduras was a success. Despite the heavy rains that Tropical Storm Alex brought during the night and early morning, our plans were not washed away. There was a possibility that our day in La Montanita would have to be canceled and rescheduled, but apparently that wasn’t God’s plan, therefore we continued with the original plans. Our day went a little like this…

Morning:
We awoke to the light drizzle of rain and the depressing news that our plans might have to be rescheduled. This, however, was not the case. After breakfast, we called and Maynor confirmed that we were able to make the drive to fly-infested La Montanita, so we loaded up in the car and stopped by the office to pick up Carlos and Maynor. The half hour drive to La Montanita went smoothly although it was muddy, bumpy, and like every other mountain road, curvy. We arrived and set up for the Vacation Bible School at the local elementary school. At 10 we started the program and it lasted until about 12.
Activities during VBS included: coloring, making salvation bracelets, weaving paper placemats, and a variety of games. After each group had rotated through each ‘station’, we gave the kids a light snack of juice and animal crackers. Once the kids had eaten we said adios and our team ate our own snack, er, lunch of peanut butter and jelly sandwiches 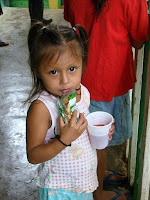 Afternoon:
When lunch was finished, Juan Nurcia came and discussed the contaminated water system. Juan took the guys of our team and walked them to the community water tank, a house in the village, and the pila* at the school for water testing, as well as to look at latrines. One unexpected surprise was that there was a rooster sitting on the latrine. Meanwhile, back at the school, Karen was talking with Xiomara (a community health worker and teacher) discussing and learning more about the village. Outside in the schoolyard, Christa and I were have an intense game of soccer with the kids who had stayed from VBS. Intense isn’t exactly the right word; it was more like muddy and messy–but I think we had fun.
Once the guys were finished with water testing, our team set out to visit the Tortilla-cloth* maker of La Montanita, Reyna. When we were finished with our visit, we made our return trip to Quimistan. 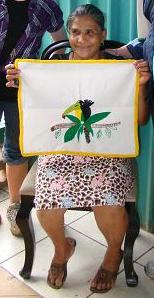 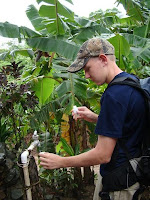 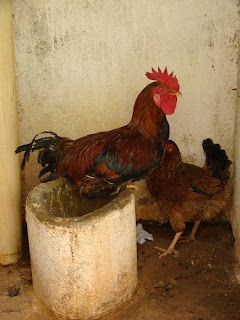 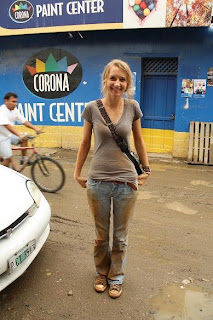 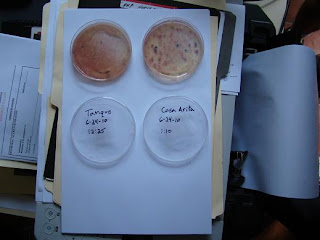 Evening:
Upon returning, Sandra and Gloria had a meal prepared for us. A few of our team members helped with the Bio-Sand Filter building after consuming our delicious dinner. Steps in the process that were accomplished to make the first two filters were the greasing of the filter molds and the pouring of concrete. After the guys finished up pouring concrete for the molds, we went to one of Quimistan’s soccer stadiums to watch our friend Nelson play in a soccer game. That was finished at about 9:30 and our team members once more came back to Martha’s for our evening activities. And those evening activities? Just a few rounds of card games and then to bed. 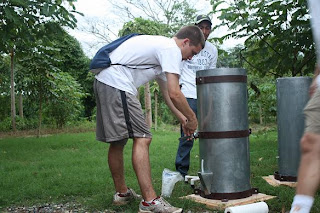 *Vocabulario:
Pila–water cistern
Tortilla Cloth–about equivalent to a bread basket cloth, except made to hold tortillas