Today was our last day and we are all very sad to go. I’ve chosen a large selection of photos to speak for me in this final entry. 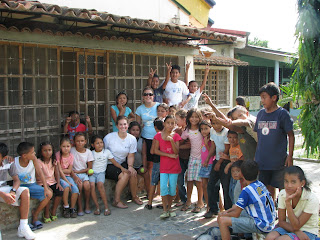 A group photo with the Compassion Kids. We went over to the Agape compound to play with them for a while in the afternoon. They were so excited to have nice soccer balls and footballs. 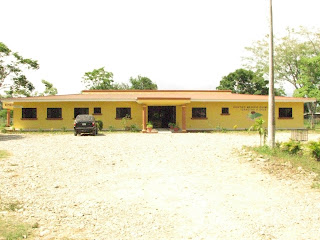 A view of the new Quimistan hospital, Centro Medico Quimistan “Gracias a Dios”. 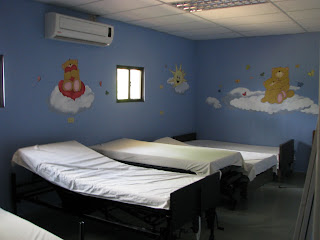 The newly finished pediatric ward. In our two visits to this hospital we have not seen very many inpatients, but they have rooms for children, women, men, and two private rooms. They also have a room for obstetrics, labor and delivery, two operating rooms, triage, an emergency room, and a laboratory. 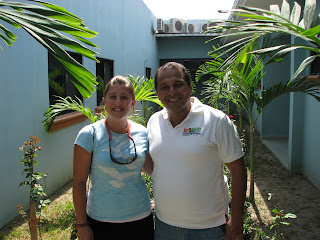 Dr. Turcios Gilberto and I in the atrium of the hospital. He has been a great help in supplying information about the new hospital and health department. He is very interested to have more medical students and doctors visit Quimistan in the future… 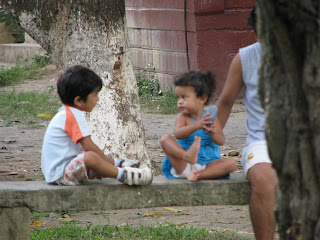 Some adorable kids playing on a bench together at the elementary school. 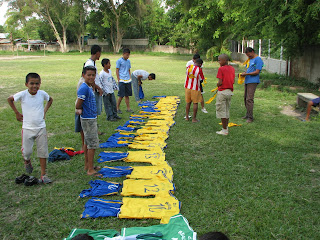 In the afternoon, we went to watch Ms. Martha’s kids play soccer. She bought these uniforms and the kids were so proud to put on their team colors before the game. 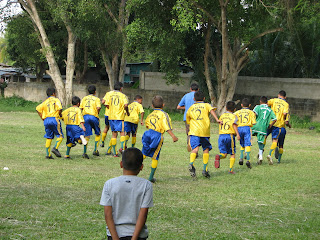 As they waited for the other team to arrive, the boys warmed up following the instruction of their coaches– one of which is Walter, the same man who led their wroship service on Sunday. 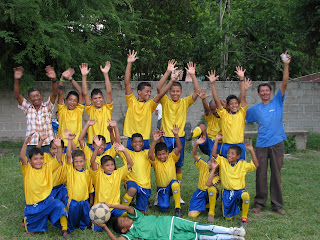 A group photo of the whole team before the game. 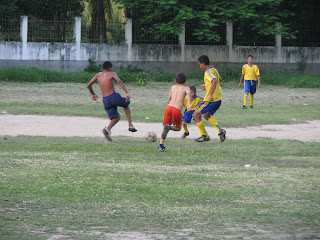 After waiting almost an hour, they realized the other team was a no show and decided to play the neighborhood boys that they could round up around the school. It was a fierce match of shirts vs. skins and a battle for neighborhood pride. In the end, the skins won. 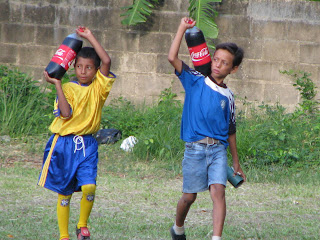 A couple of the boys had “snack duty” and they opted for the cool, refreshing taste of Coca-Cola. 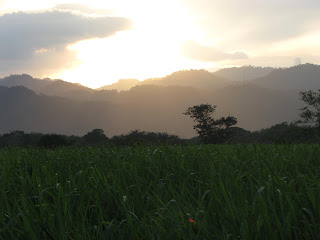 The sun goes down on our last day in Honduras. We hope that we have pleased God as we have tried to listen to His guidance this week. Undoubtably, we each have been blessed and will cherish these memories. Now back to the States to share stories of the injustices, hardships, and simultaneous love and grace that exists in this land.
“Blog Maestro” signing off,
Brittany Klein