On Saturday, we witnessed an amazing love story as Jenny and Arthur were reunited with their sponsor child, Riccy.  Today, we experienced the birth of another love story, one that is just beginning.

Our day started with more dental health training in F. Bogram school in Quimistan.  The six of us who were sick yesterday were much better and able to participate fully.  We finished the training with a total of 814 children seen.  Tomorrow we’ll go back to watch as the children brush their teeth after their snacks. 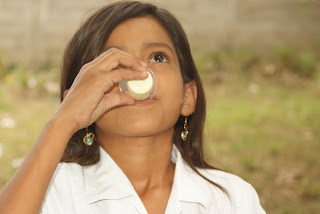 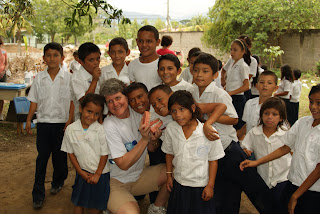 While we were there, Tracey developed a relationship to one of the girls, an eight-year-old named Reina Isabella (Queen Isabella for you non-Spanish-speakers).  Reina was very shy and withdrawn.  Her clothes were ill-fitting and torn.  The other children made fun of her.  Reina attached herself to Tracey and stayed by her side silently throughout the morning.  When it came time to go, Tracey was asking about how best to sponsor her.  She and a couple others walked Reina down the street to the SuperMercado to buy her a new uniform.  Reina ate lunch with us, and proudly showed off her new shoes, one with buckles that worked and actually fit. Tomorrow, Reina will go to school proudly wearing her new clothes.  Of course, this was not in our plans for the day, but it was all part of  His.   And who knows, Tracey may just have adopted a child.  For sure, she has fallen in love. 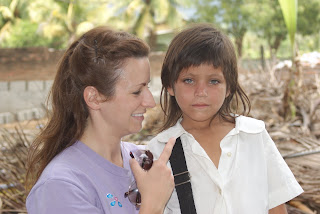 The second half of the day was spent at Santa Clara.  Although no one said so, it was evident that all had fallen under the spell of the village and the remarkable transformation one couple has made to the whole town.  In the space of two years, they have built 3 homes, a school of 18 children for preschool-first grade, with plans for expanding each day, and a trash collection system that has the town looking so much better.  Oh, I forgot, justa stoves and water purification systems, with more plans in the works. 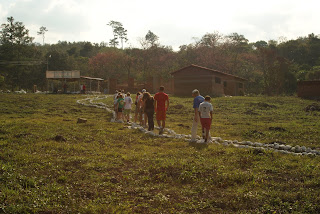 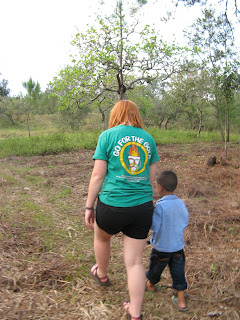 We’ll go back tomorrow to give the children the tote bags and school supplies in person.  As I said, we all have fallen in love with Santa Clara, but Cecelia in particular.  It will be hard for her to leave tomorrow.

Love.  Not planned for by us, but given  freely by Him, our Lord and Rey.
Blessings,
Beth