This morning, Sunday, I was on the road again headed for Santa Clara. Due to a run in with a ditch, Sunday school was under way when I arrived. 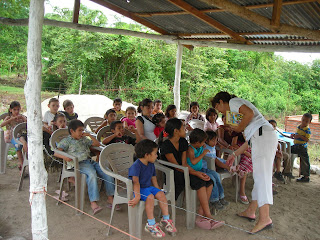 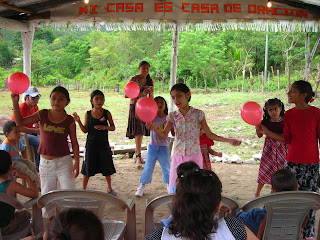 Following the lesson, these children surprised the others with dancing and a drama depicting several of Jesus’ miracles. 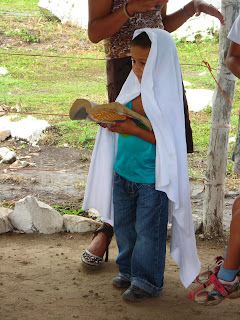 Ronnie, playing the role of Jesus. 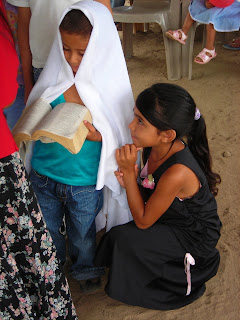 The woman being healed by touching Jesus’ garment.

The next series of photos are the dramatic portrayal of Jesus’ healing upon the request of a father. 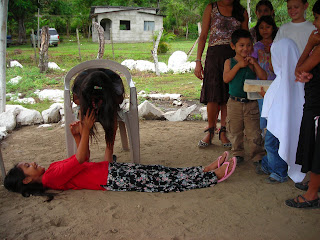 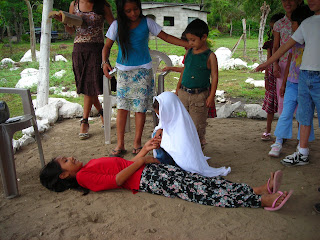 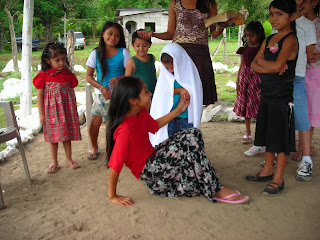 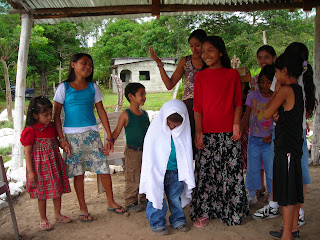 And the multitude rejoiced. Alleluia!

Sunday school was followed by the celebration and southern tradition of ‘Pounding’….giving of gifts which include pounds of sugar, flour, beans, etc. and a family Bible to Guillermo and his family as they are about to move into their new home. 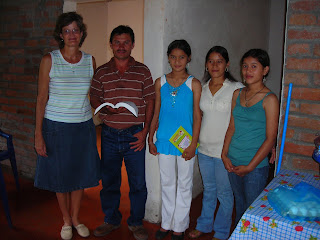 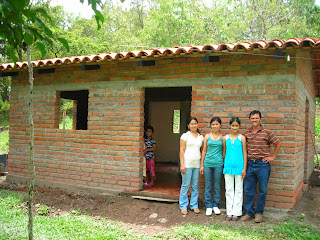 After a prayer of blessing, each member expressed their gratitude and happiness for their new home. And of course, I told them that God is to receive all the thanks…..not HAF.

The day progressed to yet another celebration…that of Kimberly, Nelson’s daughter, and her first birthday. 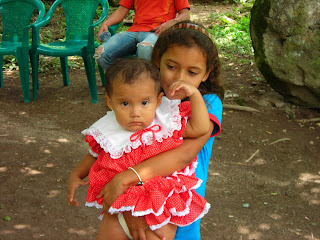 No party is complete without a pinata and a princess at that! 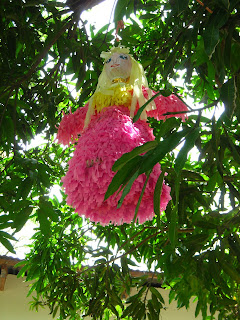 As is typical of parties for a one year old, the honoree had no idea what was going on but her family members and friends were having a good time. 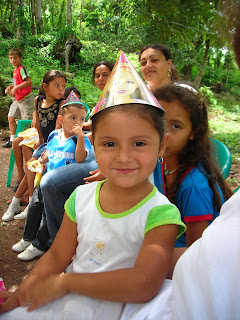 The last photo for today is a sober reminder. I have watched this house being constructed over the past few days…..sticks and mud. It will provide some shelter for a family once it is complete but …….(I’ll leave it to you to complete the thought.) 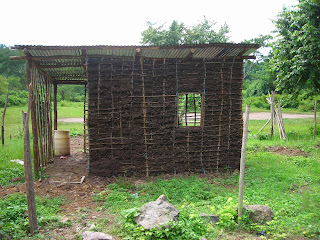