Monday–Today we started off our day with a devotional based on John 4:4-14 and John 7:37-38 in which Christ reminds us that the “water” he provides is “living water,” pure, true, quenching, and eternal. As we allow ourselves to be filled to overflowing with His water, streams of life giving and sustaining water will flow from within us to those around us.

After breakfast, we sorted reading glasses and sunglasses to take with us to Santa Clara for the afternoon vision clinic. We picked up Maynor at the office around 8:40, loaded the fluoride and deworming supplies, and set off for Santa Clara, approximately 40 minutes away. After arriving, we met up with Ardyn, a former HAF team member from Canada who has been living in the village teaching at the White Dove School for the past month and a half, and other friends from the community. 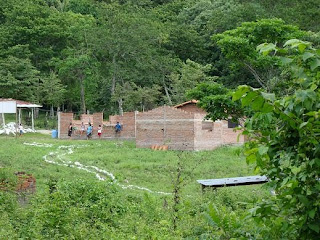 Lencho, one of the men from the community, treated some of the team members to fresh sugar cane growing around his home. While sucking on the sugar cane, we spotted a young charancaco (basilisk) lizard on display on a nearby building. 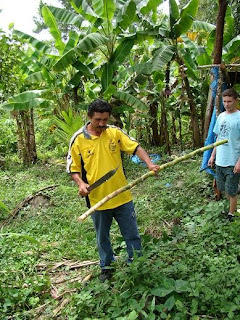 Around mid-morning, we piled in a pick-up truck and rode to the public elementary school for the routine fluoride and deworming, and the team treated approximately 75 children in two facilities. 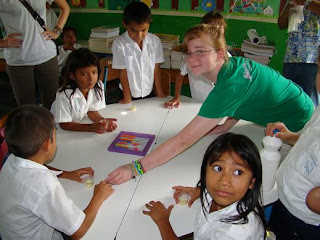 We then strolled back through the village to the yard across from the White Dove School, where Kristen, Pamela, and Karen entertained the children with bubbles, balloons, balls, and making cross necklaces. Christa went with Ardyn to visit the guest house where she will be staying during the month of July and awaited delivery of some supplies for Ardyn. 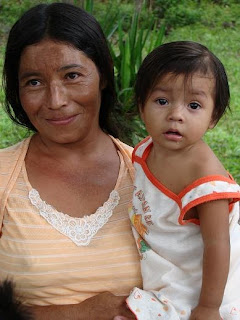 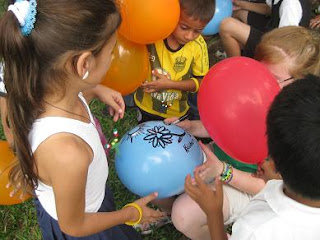 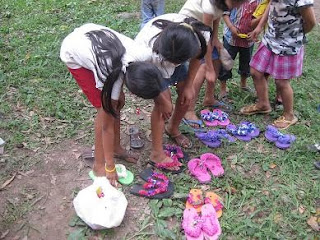 Joshua, Mike, and Ron went to look at the biosand filter installed at Lencho’s house and took the first two water samples from the filter where the White Dove School children get their water. Lencho discussed the whole process they went through to make the filters and showed us some of the sand and gravel they used. 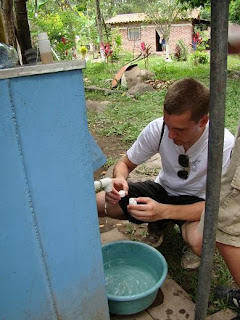 Joshua returned to the school to assist with the installation of some computer CDs Roxanne had left for the students. On the way, he was shown an awesome plant called “dormiloma” whose leaves close up when you touch it.

After finishing our packed peanut butter and jelly sandwiches in one of the classrooms at the White Dove School, Mike, Ron, and Joshua walked to the house belonging to one of the local residents up the hill to test the water from a second branch of the water line. They then went to Mrs. Amalia’s house to see if she was home. She was not there, but they got the opportunity to speak with Brenda about how she liked the Justa stove and learned that she was leaving in a month to start her nursing. They also took a visit up to the community soccer field because Mike had never been before. Finally, they visited the Lopez family home to visit with Rosendo and see all the additions and changes that had been made to the home since last summer. We were delighted to learn that the family now has a latrine that is complete except for the side walls, and their yard is filled with chickens who are no longer allowed to wander freely in and out of the home. Both their BSF and their justa stove continue to function well. 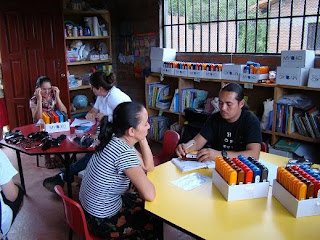 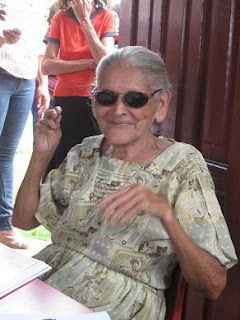 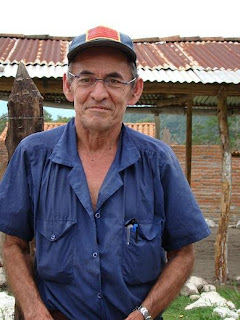 After the clinic was finished, team members spent time playing with the community children, many of whom had won over our hearts last year and had returned for a time of fun and recreation with the gringos. Finally, it was time to say “adios” and “hasta viernes” and return to Q-town.

Upon our return, the guys worked on patching some of the leaky areas from the first two constructed biosand filters and prepare for the men from Tejeres coming for training in the morning. Since Dr. Elsa was not at Martha’s, the girls took a trip to Gracias a Dios hospital so that one of the team members who had been very sick the past two days could be examined. We were hoping to be greeted by familiar faces there, but the doctor on call was the only one of the 5 that Karen had not ever met. Fortunately, we were seen quickly, but the “shot” in the buttocks was not a favorite experience of the evening. We were told to return in the morning so that bloodwork could be drawn to rule out dengue.

We then ate dinner and several team members relaxed by again playing cards with some friends, Nelson and Rigo.