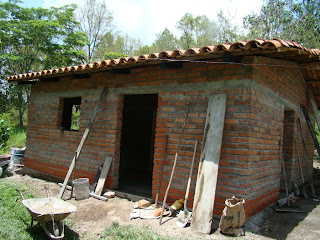 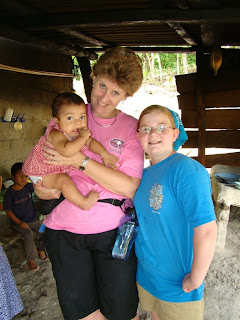 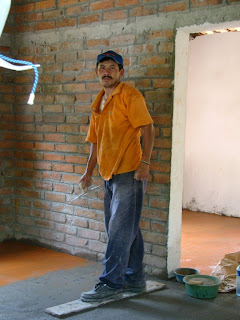 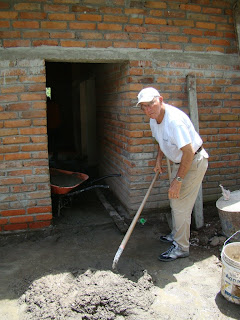 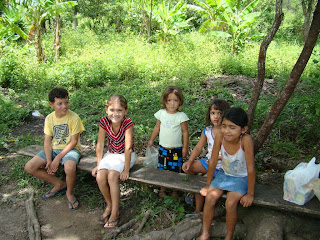 Wow! What a roller coaster of a day emotionally. Friday could best be characterized as a day filled with emotional challenge. The day began with a devotional by Karen from Psalm 29 reminding us to practice what many Jews do by remembering to “Bless the Lord, the Maker of Heaven and Earth and King over all Creation” in all things, both the good and the seemingly inconvenient for it is He who brings forth and sustains life on the earth and provides peace for his people. We closed devotions with the song by Chris Tomlin, reminding us that we are called to lift up our hands for “the joy of the Lord is our strength . . . we bow down and worship Him now, how great, how awesome is He, and together we sing, ‘Holy is the Lord, God Almighty, the earth is filled with His glory . . . ‘ ”
After breakfast, Roxanne, Dulce, and Jacobo set off for Santa Barbara in hopes of finally obtaining the much awaited license tag and insurance for the team vehicle. The rest of us, Sam, Ron, Kristen, and Joshua, headed to Santa Clara for a day of renewing old ties and forming new ones. This was to be the first visit to Santa Clara for Joshua and Kristen. We arrived prepared to spend time assisting with the preschool program and helping with whatever construction projects were being done. When we got there, Lencho and another assistant were finishing up the concrete floor in Guillermo’s home, so Sam and Ron spent some time mixing and shoveling concrete. Joshua, Kristen, and I and the preschool children were given the task of walking the streets picking up trash, as Friday was considered “trash day.” We did this for about one and a half hours, and the children were treated to popsicles and chocolate covered bananas for their help. Because this took the entire time normally alotted to the preschool, we were not able to do any special activities with the children as planned. This was a great disappointment, but we left many of the supplies with the teacher for use at a later date.
Ron, Joshua, Kristen, and I then took a trip down the side of the mountain to visit Reina and Rosendo and their children. This proved to be a special treat as we got a chance to see the youngest member of their family (who I was given the honor of naming in January) now a healthy, growing 6 month old. As we passed around hugs and tried to reacquaint ourselves, we got a call from back home urging us to consider coming back to the US early, within the next 24 hours, due to the possibility of increased disturbances in the country during the weekend. Our visit with Reina and her family then took an emotional turn for about 20 minutes as we made phone calls to many different individuals in other areas of Honduras to get up-to-date assessments of the situation. With the uncertainty still a factor, we said a quick good-bye to the family and returned up the hill to make preparations to return to Quimistan to pack and prepare to leave in a few hours to return to San Pedro Sula for the night in preparation for a flight home on Sat. With many tears and great sadness, we left Santa Clara and returned to Martha’s ranch to prepare for departure. After being there approximately 20 minutes, I received another call recommending that we not return early as originally encouraged, but stay in the rural area as originally scheduled since we are safe here and the risk of traveling in SPS this weekend was now believed to be of greater risk than for us to travel back early Monday. Thus, we stopped our packing, took a deep breath, and regrouped our thoughts for the remaining activities of the weekend.
A short time later, Roxanne returned from her day trip to Santa Barbara with discouraging news of yet another trip necessary to complete her task due to the computer systems being down. Once again, another glitch so common here in Honduras.
After some “down time,” Sam, Joshua, Ron, Kristen, and I joined Gloria and Maynor for a visit to the Ministry of the Highway feeding program mentioned in Sam’s post. We returned to home base for one of our best meals of chaleta (fried pork chops), frijoles (beans), papas fritas, and salad. After supper, I spent time organizing the clothing that had been sorted and stacked throughout the ranch, Sam and Ron spent time reviewing pictures for the blog entries, Joshua and Roxanne spent time transferring some Christian praise music, while Kristen prepared for the next morning devotional.
Finally, we all settled down for much needed rest.
Karen