This morning the team had the pleasure of attending the Tejeras feeding and bible study.  Two AP students assisted Sandra and Pastor Wilmer in conducting the program for 64 children.  The Tejeras “community” is a group of squatters’ huts alongside the main highway from San Pedro Sula through Quimistan to Guatemala.  Heavy trucks and buses zoom up and down the road.  The plot of land used for the program is located just at the highway’s edge.  The children walk along the side of the busy road to come to the meeting place.  After the bible study was concluded the team assisted in feeding the children – most likely their only hot meal of the day.    HAF also sponsors two other hot meal feedings during the week. 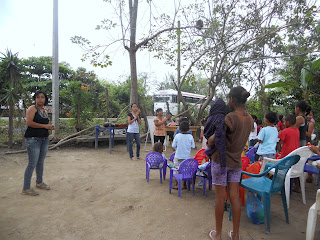 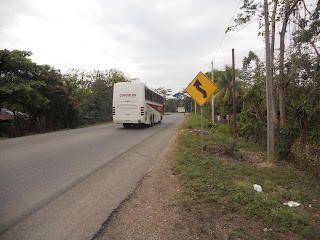 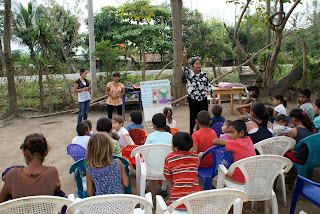 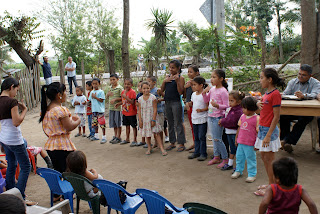 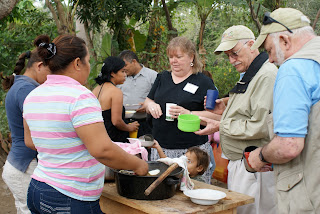 The afternoon was spent with the Agape Promises children attending their weekly Sunday school activities.  The program is held at the El Porvenir Kindergarten in Quimistan.  The children are split into two major groups by age.  The younger children meet in one of the two classrooms while the teenagers gather in a circle on the lawn.  The little ones are very active and attentive in their lessons; while the teenagers, as almost they universally do, had a great discussion of the lesson presented.  After a hot meal the team enjoyed interacting with the children.  Some 69 children were present. Forty-five of the sponsored 50 AP students plus 24 additional friends and possible future AP students were in attendance. 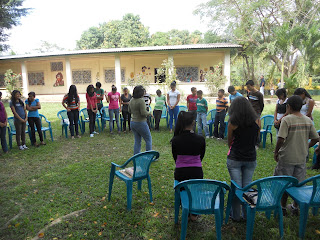 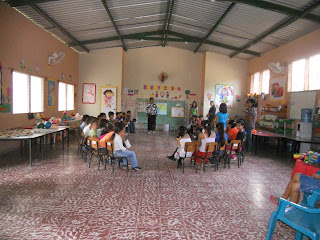 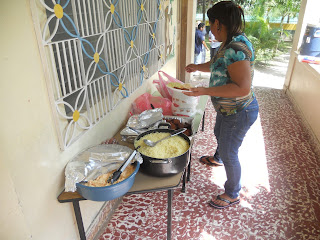 Tommy took time to take individual pictures of all the AP sponsored children.  A copy of each child’s picture will be given to them and also sent on to their sponsor(s). 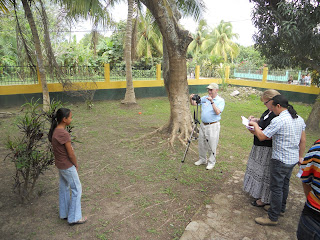