Five of our patients at today’s clinic were from Santa Clara. One of these was Mrs. Amalia. After they were all done, Mandy and I rode with them as they were taken back home. On the way, 5-year-old Ariel, one of Mrs. Amalia’s grandsons, was very comfortable on Mandy’s lap. The feeling was mutual, and I think she considered hiding him in her luggage for the trip home tomorrow, but decided he had better stay in Santa Clara for now. 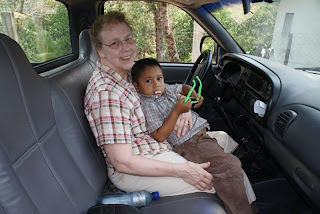 When we arrived, Mrs. Amalia, even though she had just had a few teeth removed, walked down the hill to show me her new house, which she is very happy about and anxious to move into. 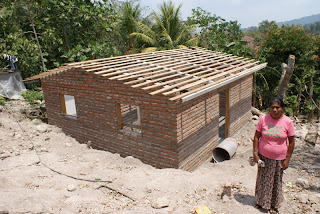 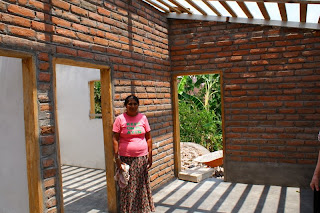 The roof tiles have been made and delivered, and would have been installed by now, except that the builder was pulled from the job for a few days to repair Santa Clara’s broken water system. 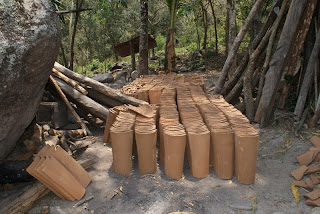 What a joy it was to see the near completion of the project that was started in January.