Hello to all of our fans anxiously awaiting our next post.  We again apologize for the delay, but thankfully, our lovely hostess Martha called the “internet repair guy” and he was able to make it out last night to repair the damage.  This was before he left us at 7pm to head to Santa Rosa de Copan, which is about 3.5 hours away.  He was still working that late!  Makes us wonder why we can’t count on such diligent service from our internet repair guys… but I digress.

We’ve been up to lots of great things.  Here is as quick a summary as I can make: 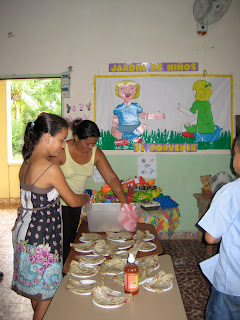 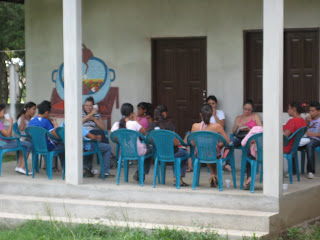 Sunday afternoon, after the amazing Spain victory in the World Cup Final (sorry, Justin.  But The Netherlands sure put on one great World Cup performance!!), we headed over to the kindergarten to visit with the Agape Promises students.  We arrived just in time to help serve the snack: delicious baleadas and tasty tamarindo juice to drink.  It was wonderful to see all the children gathered together to study and worship!  We headed back home to clean up before church at La Cosecha at 5pm.  We were asked to come to the front of the congregation to be prayed for on our trip, which was a very moving experience.  The sermon was about the importance of honesty, and how there aren’t really any “harmless lies” – interesting stuff to ponder.  We headed over to El Comedor Fermin (more commonly known as “Goyita’s Restaurant”) and enjoyed a wonderful meal. 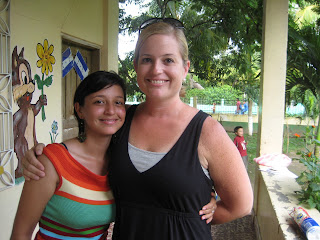 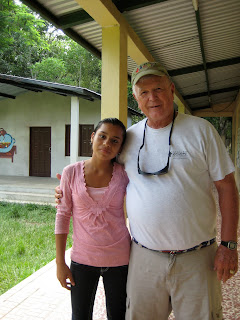 We went home to resume the fierce competition that has arisen over Phase 10.  Such cutthroat playing has never been seen in these parts before! 🙂

Monday morning was a flurry of activity.  While George was preparing to drive Christa to the airport in San Pedro Sula, Jenn, Justin, & Kandace hiked off with Nemo, the amazing toothy fish, to 2 kindergartens in Quimistan to help reinforce the importance of brushing our teeth correctly.  The children seemed to remember very well that they are supposed to have their toothbrushes in a special place, that we brush in circles and not too hard, and we are supposed to brush twice a day.  Once everyone was back, we prepared to take glasses over to the Luz del Valle school.  We were able to see many people from this community, and we’ve just about wiped out the supply of readers we had after Monday and Tuesday (see below) – if anyone can get some more reading glasses donated, I’m sure they will be put to good use!

Tuesday morning was full of nervous anticipation, as we were headed to Texoxingalas, by far the coolest-named town Jenn has ever heard before (perhaps because it sounds like “Texas”). 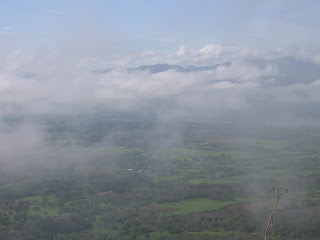 (This is the view from the road TO the town.  We were blown away by the elevation.)
We were told the road was treacherous, but our worry turned out to be unfounded (well, until Wednesday… stay tuned!)  We arrived in the lovely town of Texoxingalas and, after checking out the school and kitchen, (including the justa stove): 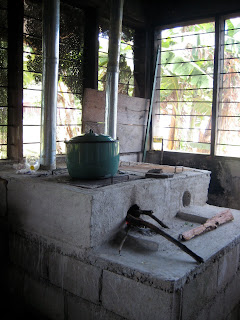 we quickly made our way to Vilma’s home, who turned out to be both a wonderful hostess and a wealth of information.  Her home also serves as the nebulizer headquarters.  Since there is no electricity in Texoxingalas, they connect the nebulizer to the car battery to get power.  Pretty ingenious! 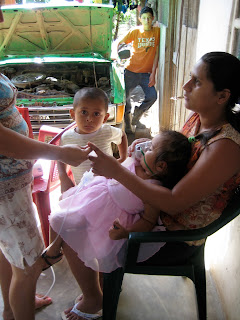 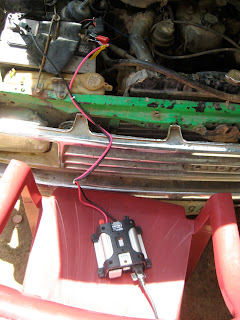 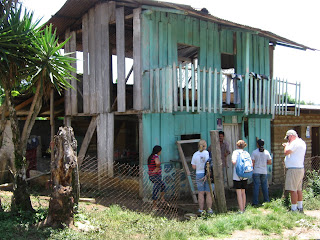 She helped us walk to about 60 homes during the morning to conduct the census – so we’ve “censused” about half of the town so far, and she has agreed to get the information for the homes we weren’t able to reach. 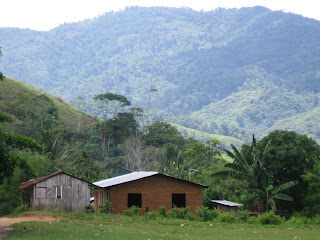 While we were at her house, we made the acquaintance of Paquito, the family’s pet bird.  He seemed nice at first: 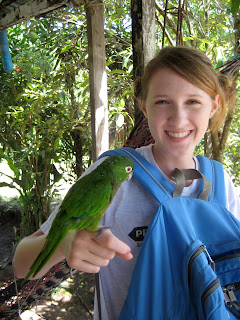 but Jenn quickly learned the hard way that Paquito has quite a beak on him!  After some hydrogen peroxide and a band-aid, we set out to census the town.  After a yummy lunch of flour tortillas, peanut butter, and honey, we set up the eye clinic (and beauty shop!) in one of the classrooms at the school. 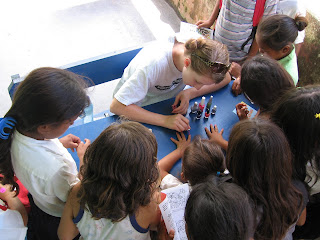 We were inundated with patients!  After this eye clinic, we have less than a full box of reading glasses left (when we arrived, we had close to four boxes full!).  We have also handed out quite a lot of sunglasses as well.  This lovely lady told us she was 109 years old! (Her 74-year-old husband later corrected us and told us she was “only” 108): 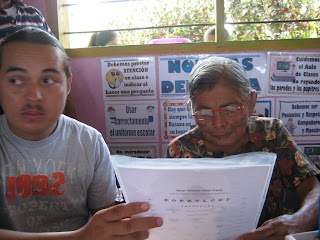 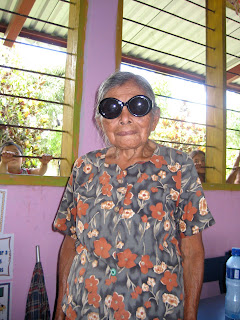 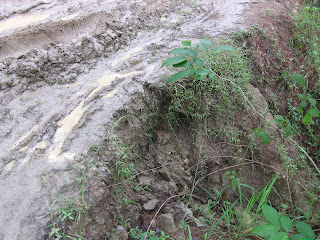 Wednesday morning brought what might be the most harrowing travel so far!  We got stuck in the mud on the way to El Pinal to give parasite treatment and flouride to the children there.  We tried to upload a video for you, but after waiting for over 30 minutes, we decided to call it a night.  We will try to post the video in a separate post. After we treated about 50 children (and a few of the adults, including the cooks), we headed back to Quimistan.  Before we got there, we were faced with a road block: 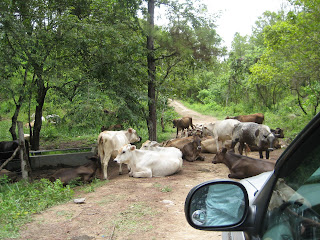 We arrived safely back home, and started to prepare a Bio Sand Filter to be placed in a home Thursday morning.  We also rode with Sandra out to the land she purchased, to which the title/deed is being finalized this week! 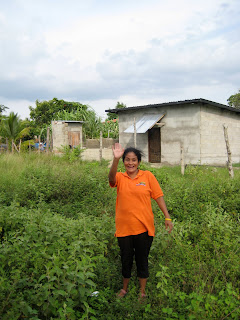