The group started the day with a hearty breakfast of eggs, spicy sausage and the very popular flour tortillas. Cook Gloria arrived at 4 am in the dining hall to have the tortillas ready to serve hot and fresh at 7 am. Gloria and Sandra are a great duo in the kitchen.

Thirteen members of the team traveled to Texoxingales (aka, Teo), a small village in the mountains next to the Honduras/Guatemala border. The 90-minute drive to the town was beautiful though the steep drop-offs were a little scary. Approximately 120 kids attended the VBS program at the Pena elementary school in Teo. Arthur and Jenny led the salvation bracelet program and did an awesome job. The team was blessed to have their energy and charisma for sharing Jesus’ love with the children. Each child received a bracelet with 5 beads, each telling part of the salvation story. 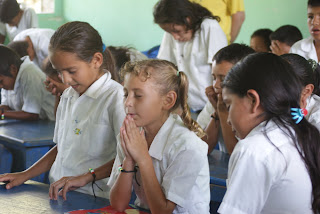 Several of the men (Ted, Sam and Jeff) hiked up to the top of the mountain in Teo to see Guatemala. The three men watered the hillside of Guatemala – at least they thought it was Guatemala. 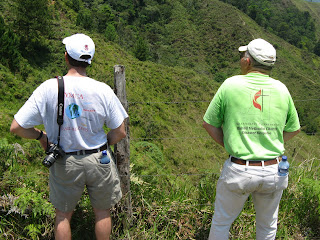 Also, while the team was in Teo, a Justa stove was built in the Pena school lunchroom in just a half of day. 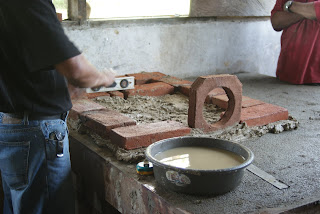 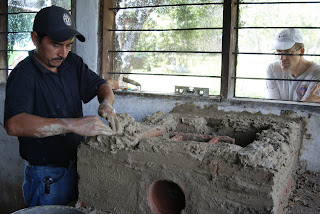 For dinner the whole group went to Gojita’s Restaurant. We were invited to swim before the meal, but few had come prepared.  After a meal of fried chicken and french fries, the teen girls stuck their feet into the pool, and that’s how it all began….  Arthur couldn’t resist the temptation, and tipped all the girls into the cool water.  He even threw Beth into the pool (a very risky move).  So the water fight began. Beth took a bucket of water into the restaurant, and made it out the front door before dumping it over his head. Then everyone went back to the pool and listened to music and had a great time. 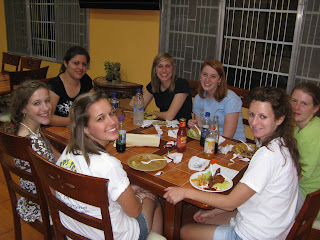 by Jeff and Abby Ray