This morning we woke up, ate breakfast and then went to La Moñtanita. Driving up the mountain was scary; Hondurans drive differently than people in the United States. Once there, we started tearing down a rail at the school. The locals took charge of the work. Abby and Anna didn’t feel very useful so they got out a beach ball and played with the children. They were very rough and liked to hit the Americans in the face with the ball to see our reaction. After that, we ate our lunch of PB&Js. (Anna being special got to eat a chicken sandwich.)  We had extra sandwiches so we gave them to Brian, a little boy, and Maria, a little girl. We had more time to play with the kids so Paul, aka Bob, blew up balloons and wouldn’t give them to the children without them saying “balloon”; Annie blew bubbles with them; Melanie colored with them; and Jeff, Anna, and Abby played with the beach ball some more. The children got out of school so we started painting a classroom. It was very difficult because the walls were bricks. There were only 3 paintbrushes so Anna and Abby went to play soccer with some kids; even if they got injured they got back up and played. On the way back to the ranch, we stopped at Maria’s house for coffee and bread stuffed with pineapple. Driving down the mountain was worse than going up; we had to make a 7-point turn to get back down the road. We stopped at the supermarket and met supermarket man carrying our 100 pound of beans and rice. Arriving back at the ranch ,we saw Abner and Rafael. Before dinner we played with them. They ate dinner with us. Dinner consisted of pork chops, rice, tortillas, and vegetables. At the end we had ice cream. Rafael and Abner ate a lot of it so when we played  soccer with them afterwards, they were hyper. Anna and Rafael won the game in the rain against Annie, Abby, and Abner.  All of us put together bags of beans and rice to hand out in La Moñtanita and Teos.
Abby & Anna 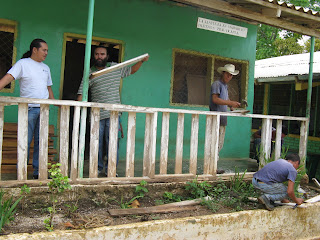 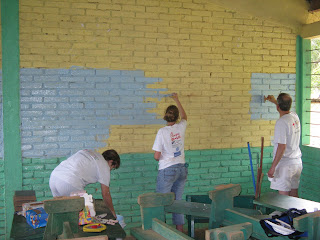 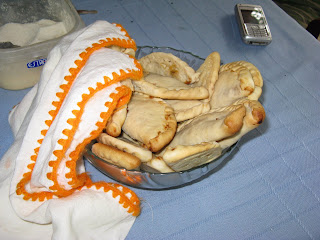 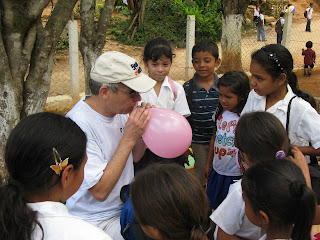 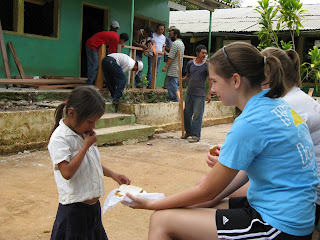 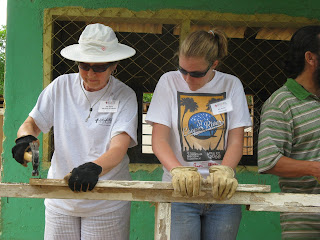 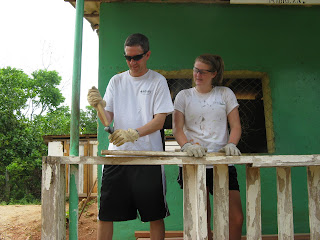 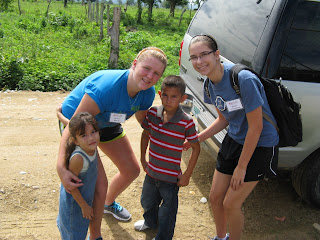